War, what is it good for? Absolutely nothing

So the song by Edwin Starr goes, which was originally written to protest against the US/Vietnam war in the late 1960s but could equally apply to the US/China trade war. In reality despite escalation, de-escalation and re-escalation, the end result for both sides has been a big fat zero with neither able to claim a victory or an easy win. More troubling has been the disruption to global financial markets and businesses that this egotistical battle has caused. Many companies have delayed capital expenditure due to uncertainty and as a result we have seen a decline in global manufacturing activity.

Whilst consumer spending in the US and China has remained strong, recent surveys have shown that trade war fatigue could be setting in. Once lost, confidence is hard to regain. 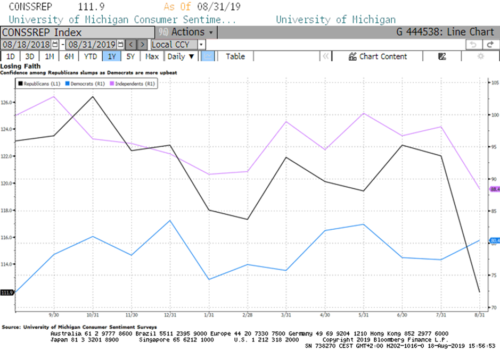 US Consumer confidence via party 12 months

The recent University of Michigan consumer confidence survey showed the second-lowest reading since just before the 2016 US election.

It is not just consumers who are worried but also those in the financial services industry.

When asked how likely a global recession is over the next 12 months asset managers put the probability at the highest level since 2011. It is worth remembering that this was around the height of the eurozone crisis and also the nasty US budget standoff which severely rattled investors. We should also remember that 2012 and 2013 were two of the best years for performance in global markets.

We have discussed the inversion of the US yield curve before (shorter-term bonds yielding more than longer-dated bonds) and how the previous signals were false as they applied to different parts of the bond market. This time we have had an inversion of the 10-year US Treasury versus the 2-year, which is the correct part of the bond market and has been a pretty good indicator of upcoming US recessions. We would guess that the current risk of a recession is somewhere between 30 and 40%. This would rise significantly should 25% tariffs be imposed on China for a period of time or if the US decided to impose tariffs on Europe.

This has not been a good indicator in terms of timing – on some occasions a recession has happened within three months and on others it has taken more than two years. It should also be remembered that this indicator has only proved to be accurate when the yield curve has stayed inverted for a period of time – this time it has only inverted briefly.

On this occasion we would view it as a yellow alert rather than a red one given that there has probably been some downward pressure on US bond yields stemming from the negative bond yields in Europe. There has probably also been some downward pressure due to safe haven buying by investors along with those looking for a positive yield. Instead, this yellow alert is telling us that action needs to be taken in order to rectify the situation.

We fully expect central banks to be aggressive in their actions going forward, with the US Federal Reserve cutting rates by perhaps as much as 0.5% in September given that it is probably now behind the curve. We guess that the ECB will cut rates further along with a relaunch of quantitative easing now that Europe’s central bankers have cover from the recent contraction in the German economy. Do not be surprised if at some point in the not too distant future the ECB starts buying equities.

While there is no doubt that these actions will numb the pain and restore some confidence, they are unlikely to be a cure-all and restore growth.

While the overwhelming consensus of market participants is that we are in a long drawn-out trade war between the US and China with nothing changing until after the US election, in our view the set-up feels very much like the UK referendum, when people were putting the possibility of a leave vote at zero despite the chances being higher.

On a scale of 1-10, the recent halting of US agricultural exports by China is possibly a 13 and reflects a changing strategy of doubling down and escalation, while the recent pause by the US in some of the 10% tariffs could be viewed as the US having blinked. While some may argue that the Chinese will now want to wait until after the US election, I would not underestimate their pragmatism.

There is severe pressure on both parties to end this pointless brinkmanship. In the US with the economy slowing, consumer confidence softening and stock markets becoming more volatile, the current administration is running out of time to boost both the economy and markets before the election. It should not be forgotten that no incumbent US president has ever won re-election when the economy was in a recession. Recent polls suggesting that an overwhelming majority (64%) of Americans support free trade also add another pressure point.

In China, while they are quite capable of playing the long game a resolution would help restore growth and confidence. Furthermore, a compromise would enable the Chinese to look better on the world stage, especially given the situation in Hong Kong.

When talking about wars, there is always the unfortunate expression «collateral damage», which in this case must refer to Europe. The old continent has been hit especially hard given its export focus. We are now probably not too far off the point where we are likely to see more coordination between fiscal and monetary policy. In fact, Germany has now broken its big taboo by talking about fiscal stimulus.

With safe haven assets (gold, US Treasuries and the JPY) posting their biggest rally since the 1990s, an expected wave of liquidity from central banks and no one believing in a good and relatively quick outcome on trade, it is probably time to overweight risk assets. 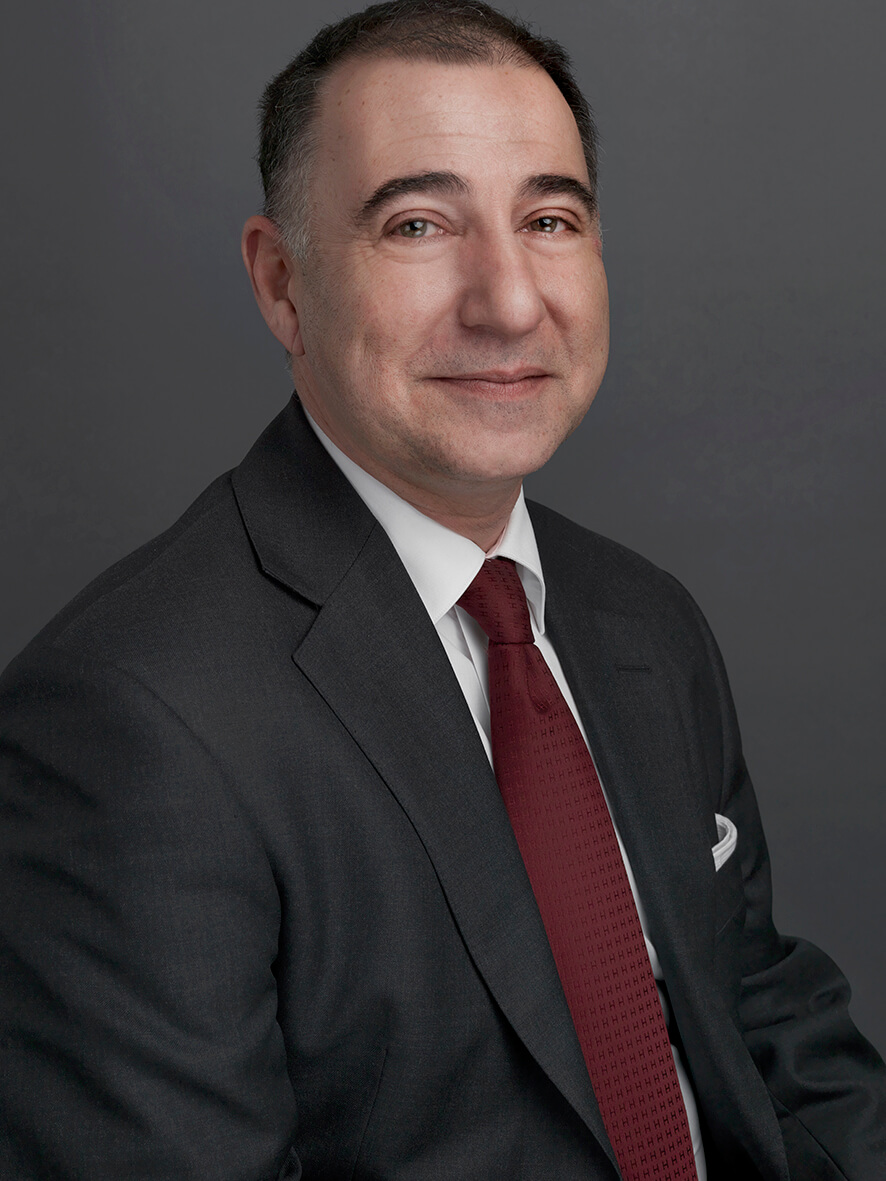