HANDS OFF FROM SOVEREIGN BONDS

The US dollar on the right track. Brazil hails impeachment. So test therefore, who join forever.

The hike of the euro against the US dollar came to a halt for the time being. After a rally up to 1.16 (a plus of 4 percent within a few days) the euro lost again markedly in value reflecting the US dollar interest rate differential in its favour. In the long run, the dollar is expected to continue to appreciate.

Real strong only at first glance

Amidst political wrangling in Brazil and the associated impeachment of the President, Dilma Rousseff, the Brazilian currency real continued its rise. Since the beginning of the year the climb against the Swiss franc amounted to 12 percent and even 22 percent when compared with its record low by the end of September 2015. But this is far from a success story especially when looking further back to only realize, that since the financial crisis of 2008, the real lost nearly 60 percent of its value (see chart).

While the interest rates in Europe – and consequently also in Switzerland – will remain low over a longer period of time, numerous states exploit high demand for their bonds for long term refinancing. Given the highly attractive prices, respectively interest rates, this is entirely understandable. Under the circumstances the Swiss Confederation could carry out refinancing for forty two years at 0.25 percent, implying 10.5 percent cumulative interest distributed to maturity. Impressively, this amount has been effectively earned by an investor in an ABB stock since the beginning of this year! Even longer bond maturities are offered by the governments of Italy, Spain, France and Belgium – 50 years namely. However, what makes perfect sense for the borrowing state could potentially turn into a disaster for an investor. Firstly, it is quite daring to lend money for such a long period of time to the deficit-ridden Southern European countries. Secondly, the threat of massive price losses is very real, should economies one day – as actually expected – take on an inflationary path.

A financial world in which so much money is being printed without triggering inflation has never happened before. According to any economic theory a massive inflation should have been already raging. In such a constellation to bet for ten, twenty or even fifty years on low interests rates to continue, is not only reckless, but almost already at the outset condemned to fail. Should interest rates on Swiss government bonds climb sometime to only 2 percent, the price of a bond maturing in 42 years will be listed at 48 percent – not even a half of its face value!

In our recommendation for fixed income securities we maintain our strong preference for corporate against government bonds. To pay out interest to lenders the companies have to earn it first, while a state can simply go on expanding its debt. When selecting corporate bonds one should apply similar criteria as by stock selection: positive cash flow, high profitability, and low debt. 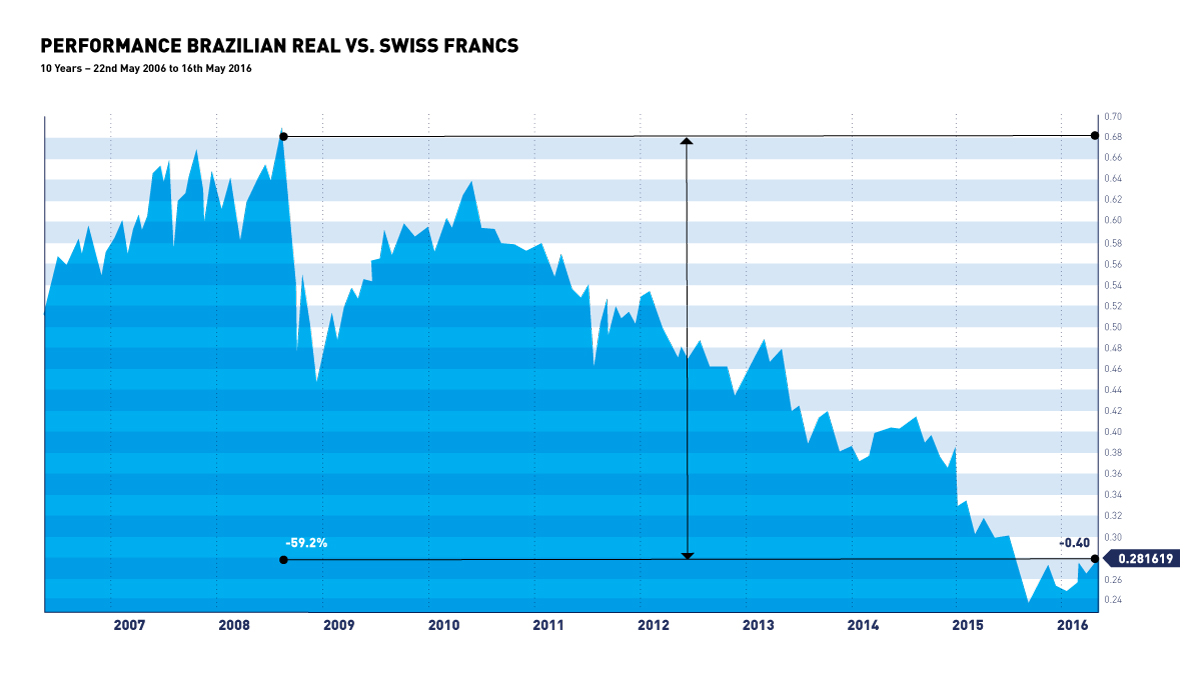 Last but not least:

“If you put the federal government in charge of the Sahara Desert, in 5 years there’d be a shortage of sand.”