The Art of Giving

swisspartners Charity has been supporting projects and institutions throughout the world relating to humanitarian aid, environmental protection and animal welfare as well as art and culture for many years. We have been sponsors of the ONG Bouge and Zukunft für Kinder. In January 2020 we extended our activities to include three more projects in Switzerland: Leben wie du und ich, FOUR PAWS and Borneo Orangutan Survival Schweiz (BOS). We ensure that our donations are used in a sustainable manner in line with the philosophy of swisspartners Charity and that all funds are channelled to the organisations directly. 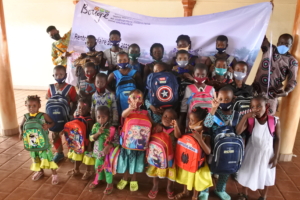 ONG Bouge is an organisation in Benin, West Africa, founded by Irmgard Meier of Switzerland in 2007. ONG Bouge primarily provides education and sponsorships to orphans, half-orphans and widows in order to safeguard the existence of children and youth. Benin is one of the poorest countries in the world. Donations from swisspartners Charity are used to increase the number of places in its educational programmes in Benin and to finance school supplies for orphans.
Read more in English: ONG Bouge

Zukunft für Kinder was founded by Swiss citizen Daniel Elber in 2004. The association works on behalf of disadvantaged people in Southeast Asia, focusing on sustainable improvements to the living conditions of the residents of Muntigunung, the extremely poor and dry north-eastern sector of Bali (Indonesia). One of the most important resources is missing: water. Read more in German: Zukunft für Kinder

The association “leben wie du und ich”
supports people with complex disabilities in their efforts to live freely, normally and self-determinedly in society. The association’s first project is “living like you and I” in the KULTURPARK in Zurich, a pilot project that has been gradually developed with scientific support since 2015. The project analysis will also evaluate whether this pilot project is transferable to other segments of the society, such as the elderly or people with psychological limitations. The association intends to contribute to addressing profound social issues in the future. Read more in German: Leben wie du und ich 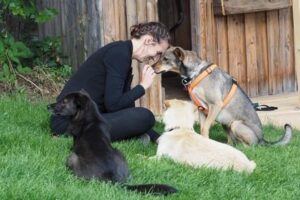 FOUR PAWS in Switzerland. At swisspartners, we love animals. Our donations are used to support numerous aid projects and campaigns for the FOUR PAWS organisation in Switzerland. FOUR PAWS is one of the world’s leading animal welfare organisations. With representative branches in 15 countries, the charity aims to identify and campaign against animal suffering throughout the world, as well as rescue and protect animals in need. In Switzerland, FOUR PAWS campaigns for the welfare of domestic animals, stray dogs and cats, as well as farm and wild animals. Read more in German: FOUR PAWS

Borneo Orangutan Survival Schweiz.
Since BOS Switzerland was founded in 2004, the charity has been campaigning for the protection of the last remaining Borneo orangutans and the conservation of their habitat. The founders of the organisation, Reto Davatz, Elisabeth Labes and Thomas Kamm, gained an insight into the dramatic threat of extinction to orangutans and large-scale destruction of the rainforest in Borneo in the early 2000s. Their awareness of this situation and belief in the commitment of the BOS Foundation motivated them to campaign for the foundation’s projects in Switzerland on a long-term basis. Thanks to its support, swisspartners Charity contributes to the organisation’s efforts to save and protect this endangered species. Read more in German: Borneo Orangutan Survival Schweiz (BOS)

Engagement for a good cause

swisspartners Charity was established as an independent association in July 2009. Its mission is to support charitable, non-profit institutions at home and abroad.

The board of swisspartners Charity is made up solely of employees of the swisspartners Group, but membership is open to everyone. The board and members also enjoy responsibility and form the organisation, with each and every person contributing to its humanitarian concept. The association is financed exclusively through membership fees and donations.

Are you interested in becoming a member? With a donation of CHF 100.00 per year or more (all of which goes to benefit the partner organisations), we would be happy to welcome you to swisspartners Charity. We would love to hear from you at charity@swisspartners.com.